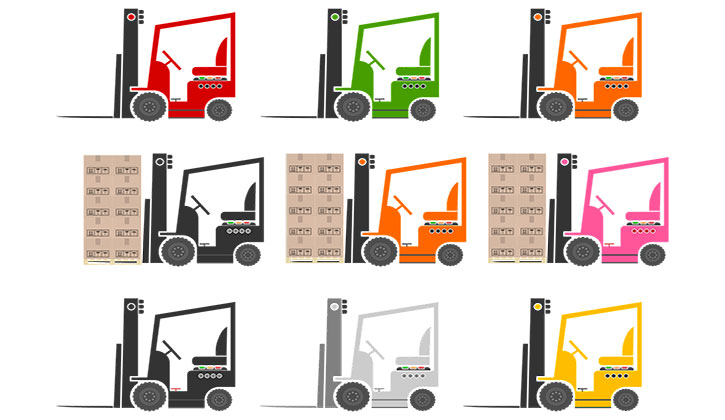 As an accredited forklift training provider, we like to stay up to date with industry trends and keep a close eye on the different forklift manufacturers to see which ones are staying ahead of the curve in providing the best equipment to help our clients keep their businesses productive and safe.

With that in mind, we’ve compiled a list of the Top Ten Best Selling Forklift Brands Worldwide based on overall sales. It may come as no surprise to hear that Linde forklift trucks are a top seller in the UK, but the popularity of the forklift manufacturer does vary in different parts of the world.

The biggest selling forklift brand in Europe and the UK is Linde material Handling, but with demerger carried out in the past, they are now part of the Kion Group, which rank number 2 in the list for forklift sales worldwide.

The Japanese giant BT / Toyota who proved themselves in offering super-efficient, low maintenance forklifts that can achieve improved manoeuvrability and easier access make them a popular choice worldwide.

Likewise, the top-rated American brand, Hyster-Yale have a large following, not just in the US but also in the UK, the Middle East and South America, thanks to their flexibility of offering both petrol and diesel options ensuring they cover a wide range of preferences across the global markets.

Below we’ve added a few more details about each of the top 10 forklift manufacturers base on sales revenue figures produced over the last couple of years. 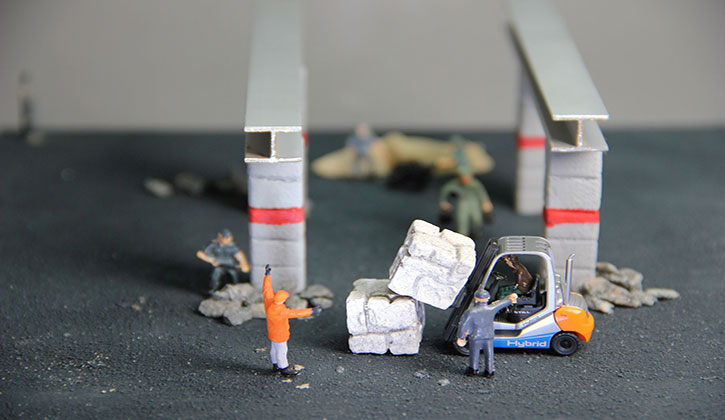 Since the first forklift was produced in 1939 they have become well known across the world for their robust and reliable equipment offering high-quality in both comfort and use.

Toyota Industries Corp declared revenues of $19.98 billion for the annual accounting period to 2020, and has been the world’s largest material handling lift truck manufacturer for more than a decade.

With facilities in 100 countries and a total of 35,000 employees, The Kion Group is made up of several forklift truck brands including Linde, who have a combined history dating back as far as 1819. Revenue reported in 2019 for the material handling division came to $7.18 billion which represents a more than 5% increase compared to past revenue figures.

From the humble beginnings of being a small import/ export business in 1899 Jungheinrich Group has grown over the last 65 years to become the 3rd largest logistics company in the world. The German manufacturer reported a total of $4.56 billion revenue in 2019 which was also an increase on reported sales for 2018. 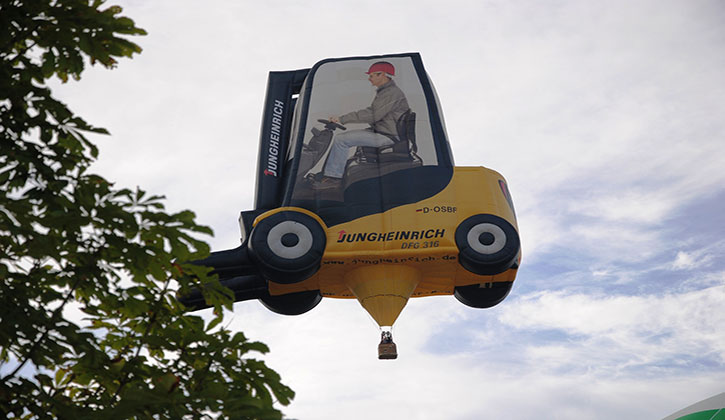 The Mitsubishi Forklift Trucks brand was first formed in 1992 in a joint venture with Caterpillar Inc. Since then this Japanese producer has merged with its subsidiary UniCarriers Corporation. Reported Sales for the fiscal year 2018 came to $4.12 billion and in 2019, $4.26 billion sales were achieved.

Anhui Heli is the largest of all the Chinese forklift truck producers. Their declared revenues of $1.44 billion in 2019, was pretty much the same as the previous year, when in 2018 they reported revenue of $1.4 billion. 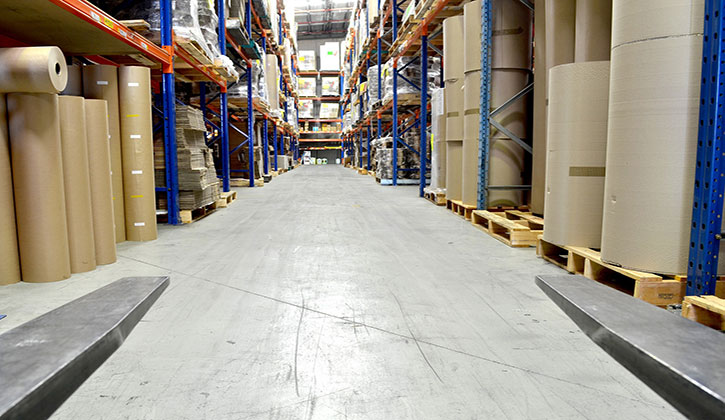 Another Chinese manufacturer Hangcha Group, produce a total of 150 different models of forklift truck, which are designed for easy maintenance and with an aim to be low on upkeep costs. The company had revenues of $1.28 billion, which was also very close to the previous year’s figures of $1.27 billion in sales.

Komatsu broke into the forklift truck industry in the early 2000s while working with the German-based Linde Group, which led to the Komatsu Forklift Manufacturing (China) Co., Ltd being founded in 2004, to produce forklift trucks in China. Komatsu reported revenues of $1.25 billion in lift truck sales for the fiscal year of 2020.

With production facilities on four continents, Clark Material Handling has a good hold in the field of forklift manufacturing.

Founded in the USA towards the end of the first world war, employees of the Clark company built their own “Tructractor” for moving parts to different areas of the factory. So impressed by this were the customers of the Clark Equipment Company that they asked for models to be made for themselves.

Since then annual sales have continued to grow with reported sales in 2019 of $783 million placing them 10th biggest forklift manufacturer in the world. 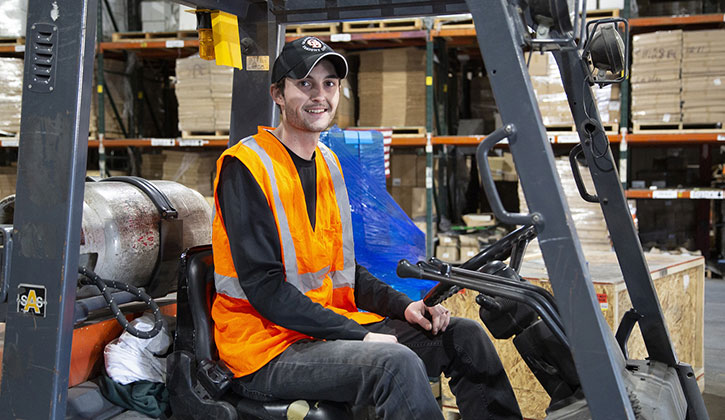 Over the years, our experience in forklift training has shown us that brand loyalty is very strong within industries that require the use of various types of lift trucks. However, a powerful influence ahead of the choice of manufacturer is likely to be getting the right machine for the task in hand, especially for independent companies and end-users.

We know from speaking to our own customers, that they increasingly expect higher levels of performance and the application of new technology to increase accuracy and productivity. And this desire filters through to the level of training they require from us for their operatives.

So, if you want to maximise the productivity of your forklift truck workforce while ensuring they are well versed in best practice and safety measures, you’ve come to the right place – contact us on enquiries@aftt.co.uk or 01438 222157 to discuss your forklift training needs. 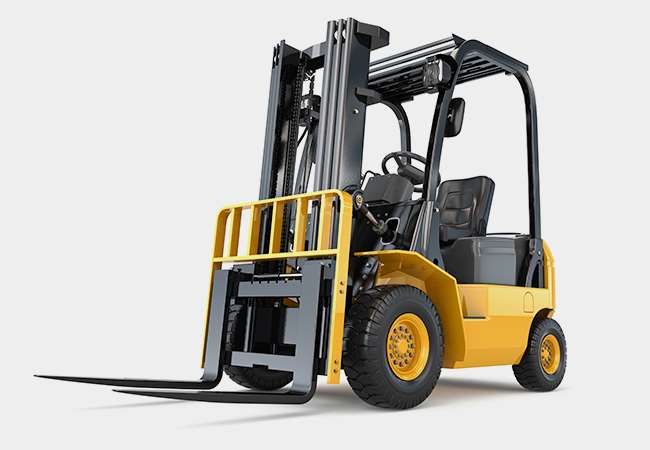 We offer training on:

This website uses cookies to improve your experience while you navigate through the website. Out of these, the cookies that are categorized as necessary are stored on your browser as they are essential for the working of basic functionalities of the website. We also use third-party cookies that help us analyze and understand how you use this website. These cookies will be stored in your browser only with your consent. You also have the option to opt-out of these cookies. But opting out of some of these cookies may affect your browsing experience.
Necessary Always Enabled
Necessary cookies are absolutely essential for the website to function properly. This category only includes cookies that ensures basic functionalities and security features of the website. These cookies do not store any personal information.
Non-necessary
Any cookies that may not be particularly necessary for the website to function and is used specifically to collect user personal data via analytics, ads, other embedded contents are termed as non-necessary cookies. It is mandatory to procure user consent prior to running these cookies on your website.
SAVE & ACCEPT
Clive Flucker

He started with Fork Truck Training Ltd in 1986 working as an on-site forklift truck instructor and he remained for 25 years.

He’s covered the length and breadth of Britain and as far afield as Novgorod in Russia, Bahrain and Azerbaijan. He’s instructed in all types of environment and that’s what makes him so good. Any application, he’s really confident with all of them:

He’s qualified to both instruct and teach and can supervise and instruct on a range of forklift trucks and attachments, loading shovels, dumpers, lorry loaders, mobile elevated working platforms, agricultural tractors and trailers.

Clive sits on the AITT council and is a Training Standards Adviser for the AITT.

He loves the job today every bit as much as he did over 30 years ago, he’s as enthusiastic as he was when he started. He’s a grandfather and he’s not only a proficient water-skier, he’s also a water-ski instructor.

Dawid Ungar qualified as an instructor in July 2015 and provides training on a variety of forklift trucks including:

He qualified as an MHE operator in the USA back in 1996, and since arriving in the UK in 2008 has qualified as a C/Balance and Reach Truck operator.

Dawid decided to become an instructor because he has a passion for teaching people new skills and helping them grow in their new role. He’s always happy to share his knowledge and provide additional help when needed.

He loves to run all of the course’s but especially likes anything to do with Reach Truck’s.

In his spare time Dawid is a very active person who likes to keep fit in the gym, swim and enjoys a variety of outdoor activities.

Scott guy became an instructor in 2015 with 9 years of experiences operating forklift trucks in a warehouse environment.
He provides training on a range of forklift trucks which include:

Scott has a calm, friendly and understanding approach with the correct attitude and skills to keep his trainees relaxed, safe and confident when on the course.

He was attracted to instructing because he wanted to give people a chance to get employment and follow their career in fork truck driving.

Scott enjoys running all the courses but especially likes the Reach Stacker as it’s a big machine weighing 82 tonne.

Outside of work Scott is a family man who enjoys spending time with the family and also loves camping, cycling, boardsports and other fun activities.

Wadeed has been both a forklift truck instructor and examiner since 1986 with Fork Truck Training Ltd.

He instructs on ALL types of

He’s qualified to instruct on many different attachments.

He trained more than 500 operators on seven sites whilst working for MK Electrics in London, Basildon and Southend, Essex.

He’s worked as a commercial instructor since October 2010.

Kelvin Stock has been a forklift operator since the age of 16 with more than 30 years of experience in warehousing from paper mills to engineering.

He has successfully trained many people over the years and from a wide number of industries, Kelvin’s been told by many trainees how relaxed he makes them feel while being on the course which Kelvin puts down to his motto:

Although he provides training on many vehicles his favourite is the VNA Man up truck as it’s a great truck to operate and a very clever machine.

Outside of work Kelvin loves to relax and socialise with people but also has a passion for flying his drone quadcopter, taking videos and pictures of scenic areas.